“Reality is whatever is being used the most is going to be attacked the most.”

The rule of thumb is simply, whatever is being used the most is going to be attacked the most. Generally, the dominate player will most likely endure the majority of the attacks to its operating system. It’s common to make the assumption that if an operating system is targeted it’s because it is unsafe, but this isn’t entirely true.

As the attack vector changes over time, the targets will change. The fact of the matter is, nothing is safe – the hackers will always have a target, all we can do is look at the anomalies, understand how things are running and ensure that we have the security to protect our assets.

Find out more about what type of applications are most susceptible to network attacks and how UnitedLayer is helping its customers stay secure. Watch Aaron Hughes, UnitedLayer Chief Network Architect talk about Network Attacks.

Take advantage of our Brochure about “UnitedLayer Colocation” - available now, 100% free!
By entering your email we'll also send you related marketing emails subject to our Privacy Policy. You can unsubscribe at anytime. 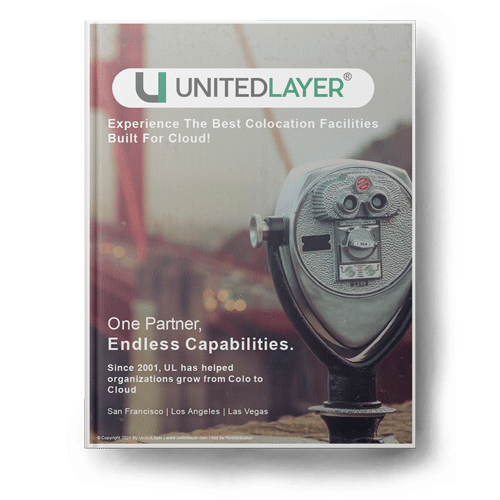 Get 6 Months of Free Colocation Service In Best Data Center in San Francisco.